Thank God I do not have hesitation discussing some of the more uncomfortable parts of life with my children, (or anyone else for that matter.) If I know it is a standard curve that life will surely throw at my girls, I bring it up no matter how much they squirm. I understand the tactic of avoiding the talks that turn cheeks red and cause perspiration, but the consequences of NOT having those talks typically end in more devastation than blushing and sweat. So, I have them in hopes to avoid the step past uncomfortable embarrassment.
My sister calls those elephants in the room topics, “Turds on the table.” Nobody wants to touch them, but there’s only ONE way to get them off when they are on the table …

This morning, I was in a discussion with a friend

about another friend, (this is known as gossiping to some, but I don’t think it was because we were not providing new information and it wasn’t done in slander, just concern. Put that stone you were about to cast at me back in the bag! J)
Anyway, this friend of ours has always been a first class person in virtually every way; spiritually, family, professionally, athletically, socially … you name it, he could be voted MVP. Let’s just say that, “impressive” was an understatement. Unfortunately, his description has morphed into past tense.
Granted, I know who resides within him and continue a hope that the person I have known and respected for 2 decades will soon return.
Upon hitting this place in our discussion, our conversation took a turn and we began a decisions discussion. It is harsh, but not a hopeless ending when someone strays from the good side to the dark one … However, it makes my heart hurt and my soul weep for any of us.

Basically, it boils down to preparing for the enemy. That sounds so over-the-top preaching or military, but I don’t know how else to put it. I was telling her today that I know things are bad for our mutual friend by the fault of his own self-destruction and I wish there was a way to turn back time … Yet, I know it cannot be done. He has already seen and done too much to return back to the innocence he once had. It reminds me of the song/concept, “Be careful little eyes what you see, be careful little feet where you go, be careful little ears what you hear, be careful little lips what you say … People never crumble in a day, it’s a Slow Fade.”
Casting Crowns http://www.youtube.com/watch?v=QASREBVDsLk

Not to say our friend cannot become even more impactful and stronger than he ever was uniting his testimony from before and after, but if his eyes are ever opened, he will surely swim in a pool of regret. We never want to see another go through the self-inflicted blame shame game, nor do we want to personally walk that road.

There is A LOT of tainting things around every single corner. Once they are experienced, we are haunted with shame, guilt and regret. It’s as easy as this: Before we think or do, we must ask, “Can I answer to God with pride and confidence? In His holiness and perfect purity, would He be able to tolerate knowing what I am seeing, doing or hearing. CAN I DO THIS WITH HIM STANDING 2 FT AWAY FROM ME and hold my head high?”

That usually nips it in the bud pretty quickly. As I told my not-gossiping companion, “It seems that we think since we are mostly good, that a little bad won’t really be a big deal.”
I remember hearing a person speak of that rationalization. He said, “Let’s say you have a full glass of pure spring water to drink …
Just before it is lifted to your lips, about to quench that raging thirst, someone drops one little tiny drop of toilet water in it. It’s JUST a little drop … What’s the big deal?”
One drop: 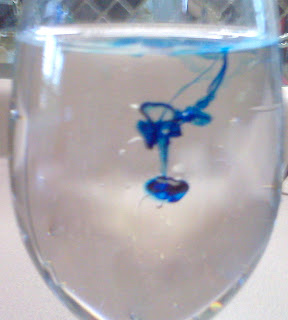 Still the one drop after a little bit of time: 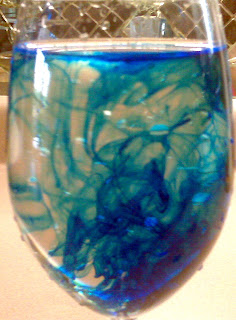 The “One Drop” after more time looks/feels like this: 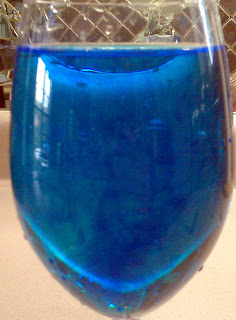 It’s a big deal all right, so why do we do it?
Point in case: If we can avoid the nasty drops in tainting things in life, we should go to great lengths to do so.
For example, one of my descriptions regarding what I have never seen in my life is pornography. (Keep in mind, this is one thing I am thankful I have not had to deal with, but I am not disillusioned to think I don’t have other drops of toilet water in my glass.) My eyes have never seen the images of what I know they should not see in that way. It is avoidable … and I have avoided it. Many people do not believe me, and I don’t care. It’s true. I have kept myself pure in that sense and I am nearing 40. I completely get that many, many people participate or have at least experienced it in some way. I think no less, I am simply thankful I have not.

It reminds me of talking with my teenage daughter about her relationship with her boyfriend. I didn’t want to know, but I wanted to know. I asked a few prying questions without sounding too pushy and trying to keep the door of communication open. (Hopefully she will not take a notion to read this blog. If so, please note that this section will be removed at that time as I attempt to undo my new title of the humiliating mother and dealing with the fact that she will NEVER again tell me ANYTHING.)

ME: “So, you guys have been going out for awhile now … where are the two of you with all the physical stuff?” (I am attempting to speak in a light, nonchalant tone without direct eye contact while doing something else so she doesn’t feel under direct attack.)
“I know you’ve kissed … so I assume you do that … (At this point I feel like I am getting nauseous and regret ever opening this conversation door.)

HER: “Well, we do kiss … not EVERY single time we are together, but almost every time … and not a ‘big one,’ just a peck kiss. We kiss one of the germ exchanging kinds … ummm, I’d say like maybe 3 or 4 times a month … Because, remember? You told me that once we get comfortable with that kind of kissing, that’s when we will get bored and move on to other stuff. So I make sure we never get bored with that.” (I breathe a sigh of thankful joy and relief...)

I’m really not sure who I was more proud of and impressed with:
·        My daughter for having such high, clear standards and sticking to them.
·        A 6’ 3” teenage boy respecting my daughter’s morals with absolutely no pressure of friction
·        Or myself, for luckily saying the right thing at the right time in a way my child heard and respected.

Thinking twice before putting a drop of toilet water into my spring water,
Kasi

Blessed are the pure in heart, for they will see God.
Matthew 5:8

He who loves a pure heart and whose speech is gracious will have the king for his friend.
Proverbs 22:11